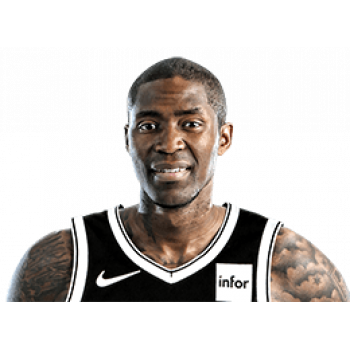 Aaron Jamal Crawford (born March 20, 1980) is an American professional basketball player for the Brooklyn Nets of the National Basketball Association (NBA). He has also played for the Chicago Bulls, New York Knicks, Golden State Warriors, Atlanta Hawks, Portland Trail Blazers, Los Angeles Clippers, Minnesota Timberwolves, and Phoenix Suns. Crawford is regarded as one of the best ball handlers in NBA history; and he is, along with Lou Williams, the only three-time NBA Sixth Man of the Year winner.

Among other distinctions, Crawford remains the NBA all-time leader in four-point plays. On April 9, 2019, he became not only the oldest player to score 50+ points in an NBA game, but also the first player to have 50-point outings with four different franchises. The 51-point tally also reached the most points ever scored by a reserve. In NBA history, Crawford ranks 21st with four 50+ point games accrued (tied with 9 others among George Mikan and Larry Bird) and 8th in career three-point field goals made (2,220). Crawford is the second player in NBA history to have scored 10,000+ career points off the bench.