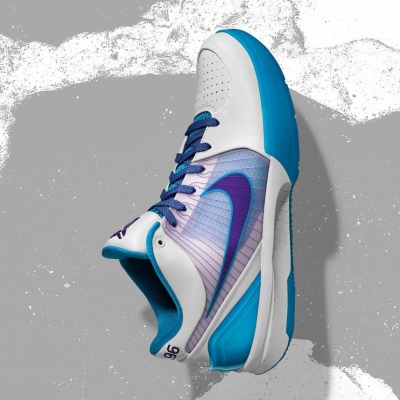 Last week, it was very hot on the NBA court!

We did our research and payed attention to the sneakers selected by NBA players. The most popular pair of shoes was the Nike Kobe IV. 117 players wore them on the basketball court. In second place was Giannis Antetokounmpo’s Nike Zoom Freak 1 (worn 101 times). In third place was Kevin Durant’s sneakers, Nike Zoom KD 12, which were worn 62 times.

The top 10 most popular sneakers:

We also checked which sneakers spent the longest time on the court, and it was no surprise that the top three positions are the same as the most popular sneakers. There was a change in fourth position however, with the Air Jordan XXXIV overtaking the Nike Kobe V. The top 10 list also contained sneakers such as Damian Lillard‘s, Dame 6 (690 minutes on the court).

The top 10 sneakers, which spent the longest time on the NBA court:

The top 10 sneakers, which scored the most points:

In other words, Nike has no competition in popularity. This brand dominates in every single measurement. Almost 70% of sneakers on the NBA court had the Swoosh sign. In second place was adidas, and 11% of all NBA players selected sneakers from this brand. The remaining 19% has been divided between 13 different brands.

The full list of brands worn on the NBA court:

Nike Kobe signature shoes are still the most popular sneakers on the court almost in every category. This week we present you Top 5 most popular kicks by rebounds grabbed from the last 7 days in the NBA. more... 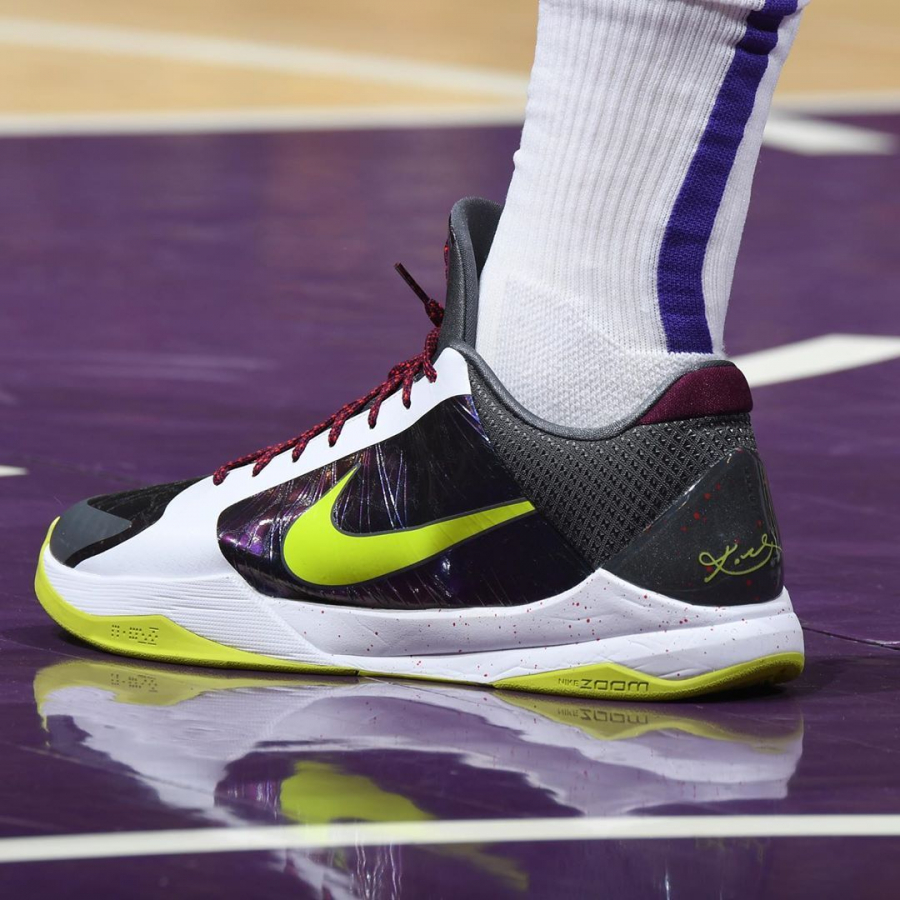 Nike Kobe signature shoes are still the most popular sneakers on the court almost in every category. So we present you Top 5 most popular kicks by assists made from the last 7 days in the NBA. more... 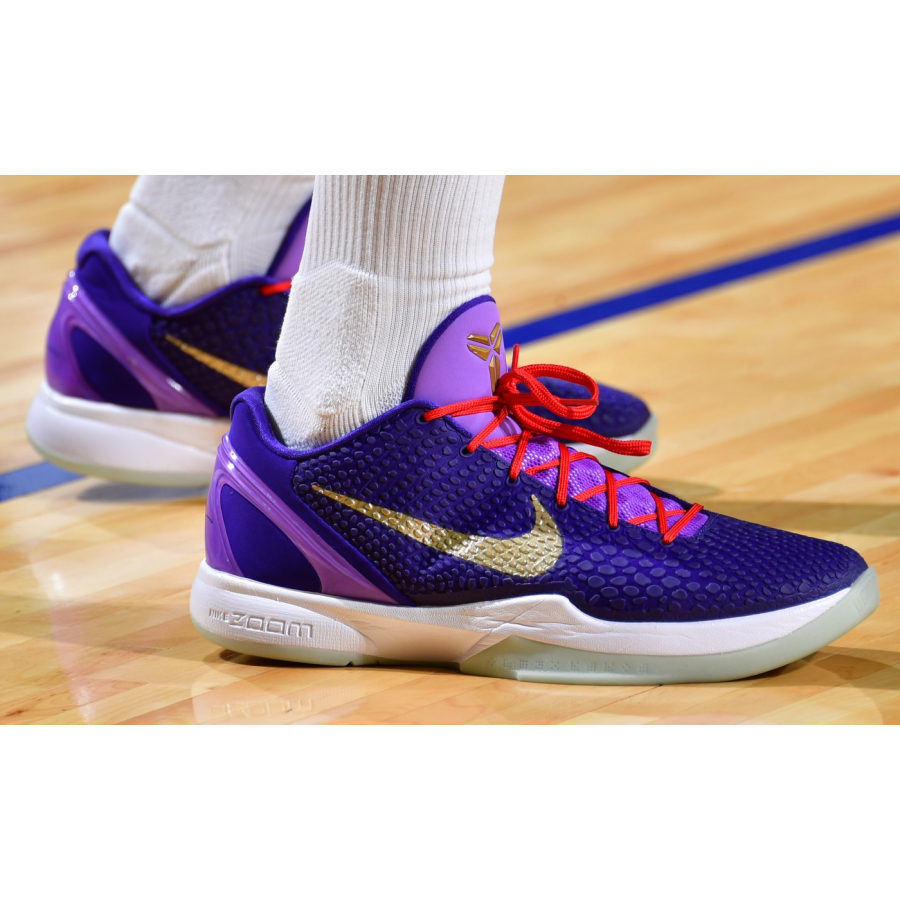 BASKETBALL SHOES STATISTIC ON THE NBA COURT IN MARCH

Throughout March we watched what sneakers the NBA players played with and we would like to share these statistics with you. We will present you the most popular sneakers, brands, most minutes played, points scored, rebounds, assists, steals and blocks made. more... 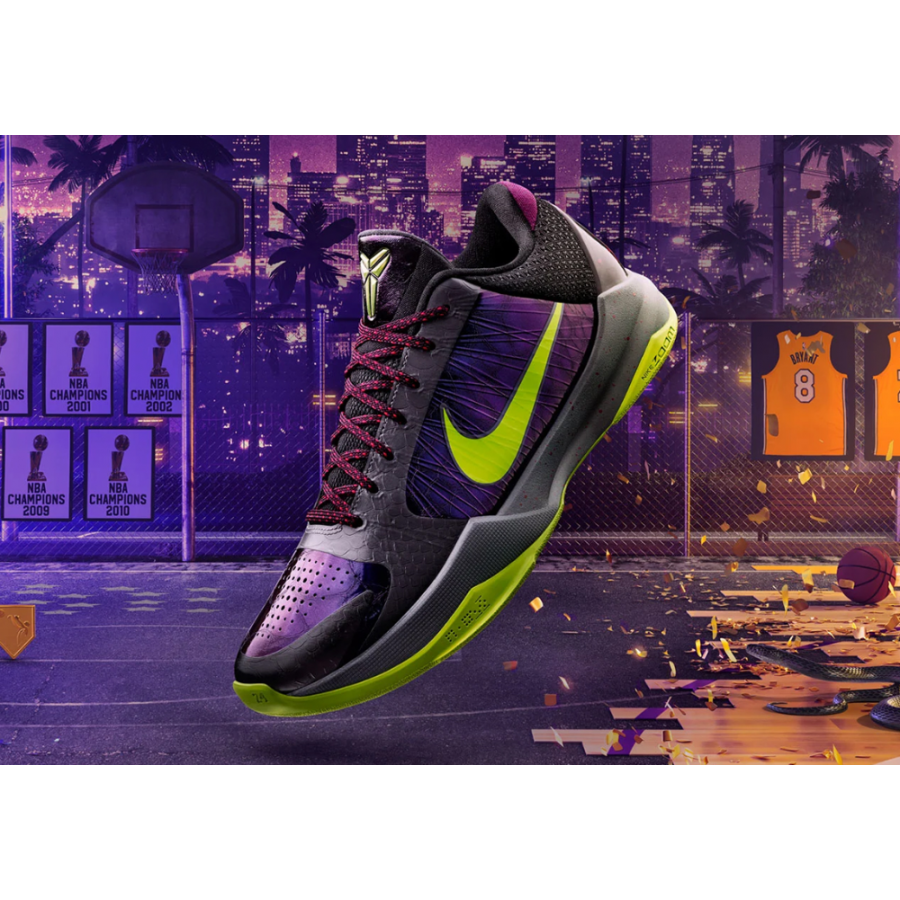 Williamson’s athletic force brings together speed and power to a level that, for White, puts him in rarified air. But Zion made an important impression on H and the brand in another way: his superstardom was joined by a down-to-earth nature rooted in values like love for his family, accountability to those who relied on him and a legacy of impact that should supersede any viral dunk montage viewed millions of times online. As the first Gen-Z athlete in Jordan Brand’s history, Williamson’s commit more... 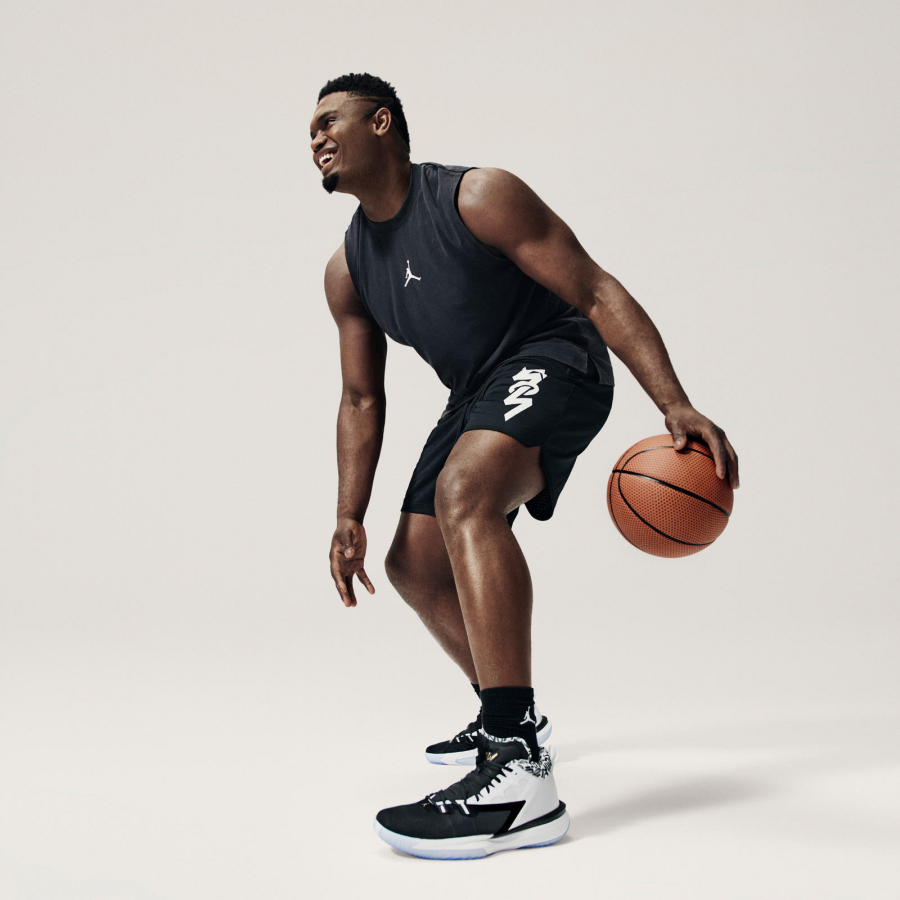 As we continue to watch which sneakers the NBA players choose to play with. We noticed that Nike Kobe signature shoes are still the most popular sneakers on the court. So we present you Top 5 most popular kicks by points scored from the last 7 days in the NBA. more... 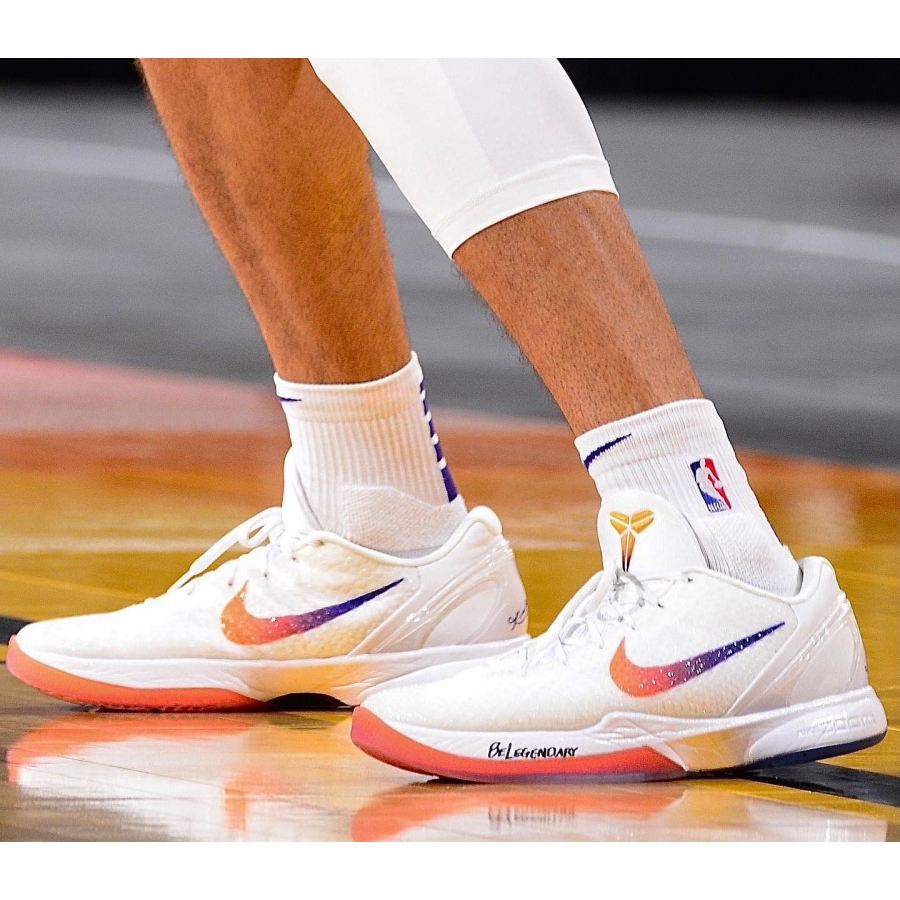 We continue to watch which sneakers the NBA players choose. As we can see Nike Kobe signature shoes are still the most popular sneakers on the court. So we present you Top 5 most popular kicks by minutes played from the last 7 days in the NBA. more... 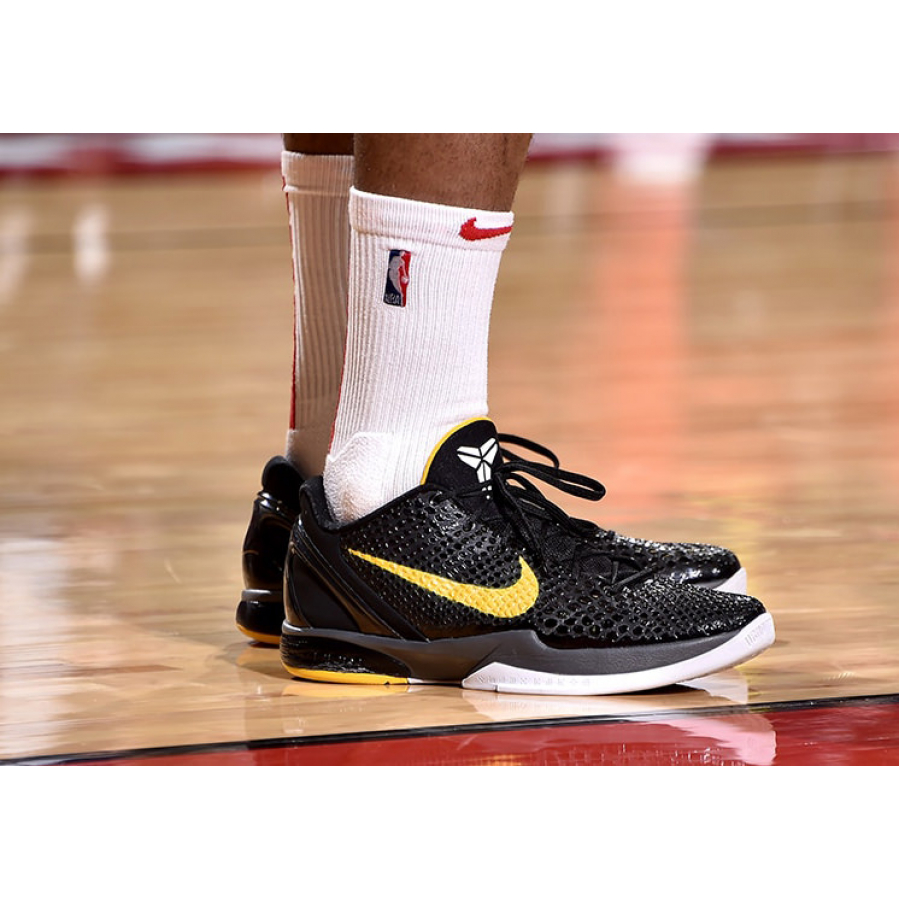 Throughout February we watched which sneakers the NBA players played with. We would like to share kicks statistics with you. more... 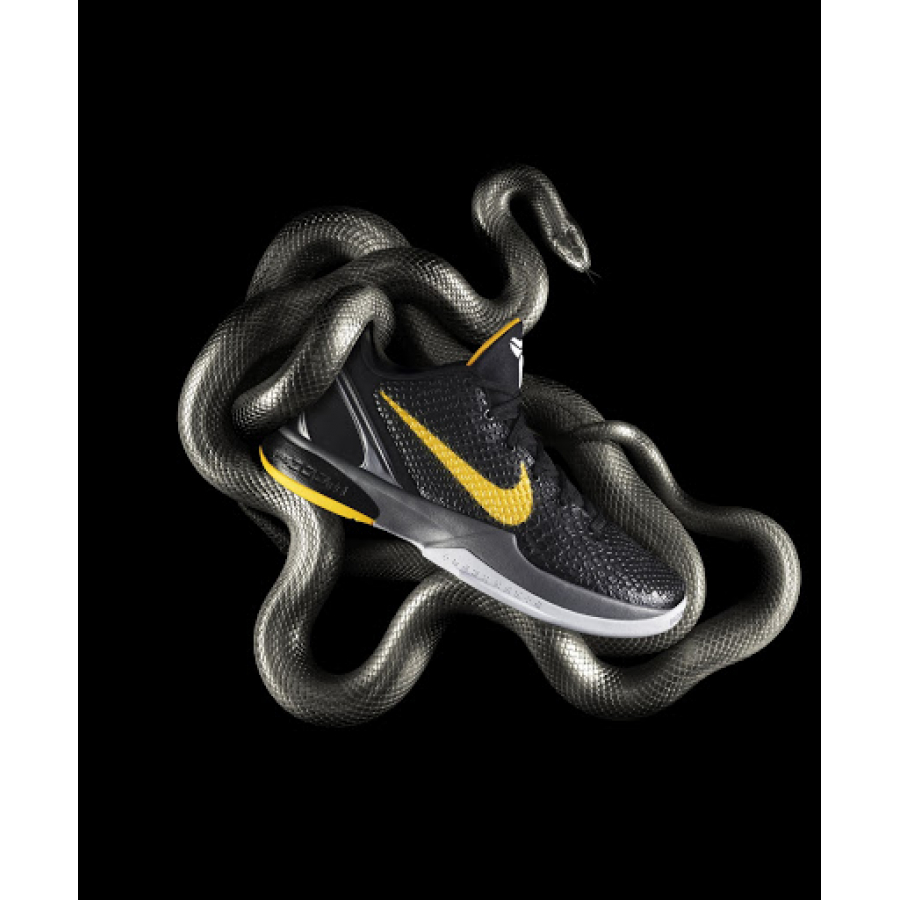 Top 5 most popular kicks by players choice from the last 7 days in the NBA. more... 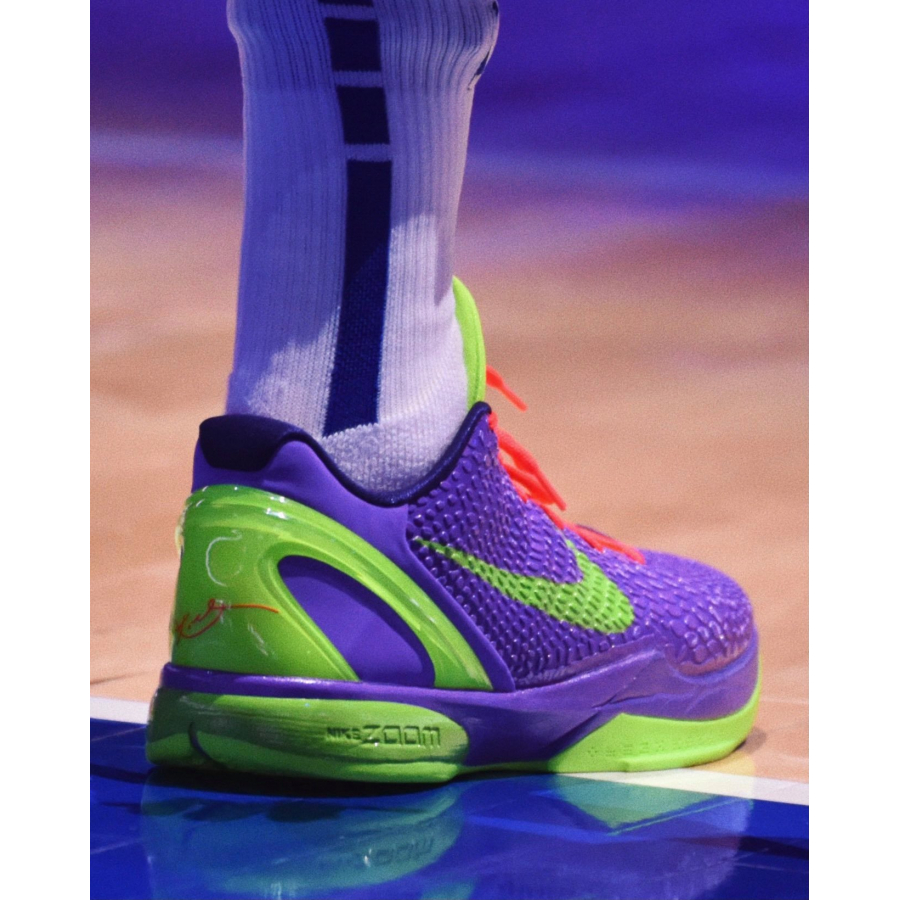 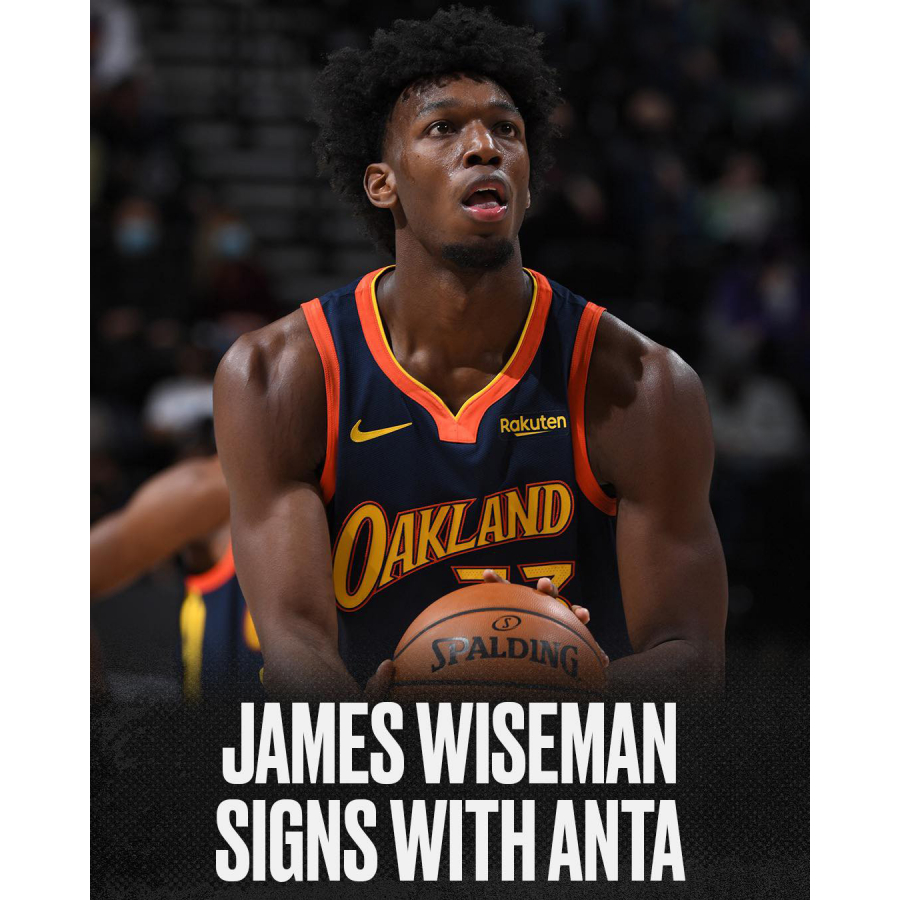 Top 5 most popular kicks by minutes played from the last 7 days in the NBA. more... 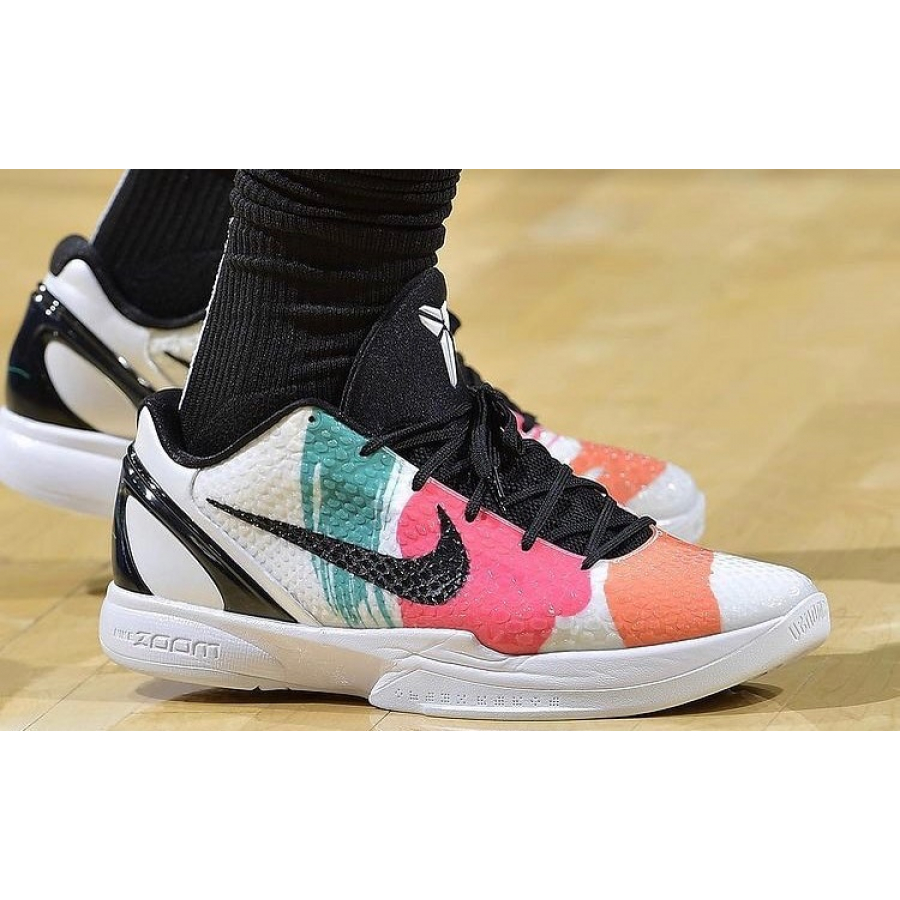 Los Angeles Lakers guard Alex Caruso has signed a multiyear sneaker deal with Anta, per Nick DePaula of ESPN. Caruso's debut with the brand occurred during the Lakers' home matchup against the Brooklyn Nets at Staples Center on Thursday. more... 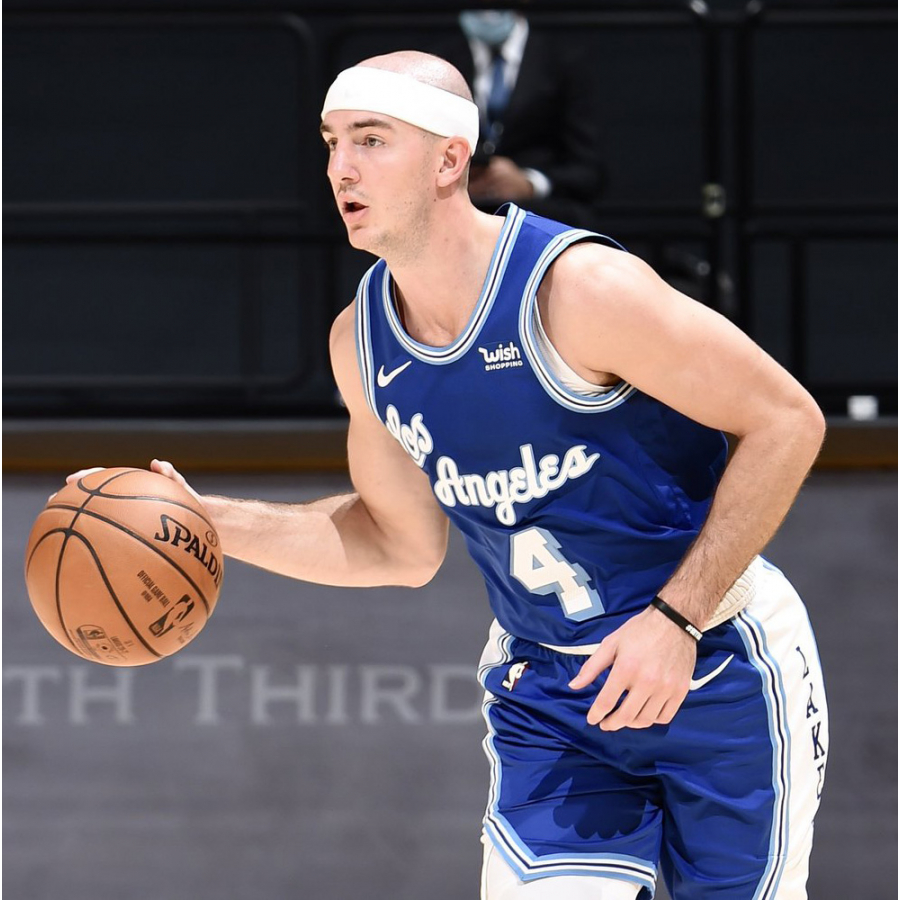 NBA regular season finished in the Walt Disney World and we already know all the teams who still continue the fight for the 2019/2020 NBA champion rings. We followed each game and we catch every sneaker which were worn by NBA players and we want to share all this statistic with you. more... 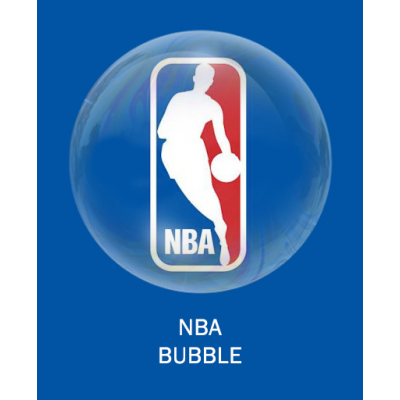 Basketball shoes statistic on the NBA court in February

Throughout February, we have been watching what shoes NBA players choose for a match. And we would like to share that with you. more...

At the end of NBA All-Stars day for the first time ever, we could see Yeezy Quantum, the adidas N3XT L3V3L 2, the Air Jordan XXXIV SE and Kawhi Leonard's first signature basketball shoes New Balance The Kawhi with which he won the All-Star MVP. After this great show we had a few days off and NBA week only started on Thursday. Even with a shorter week, the battle on the court is only getting stronger as the teams make it to the playoffs. more... 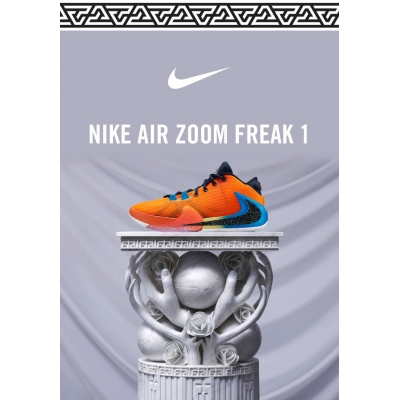 The future of the NBA and the league's broad international reach was on full display Friday night, when the U.S. battled the World in the 2020 Rising Stars game. more... 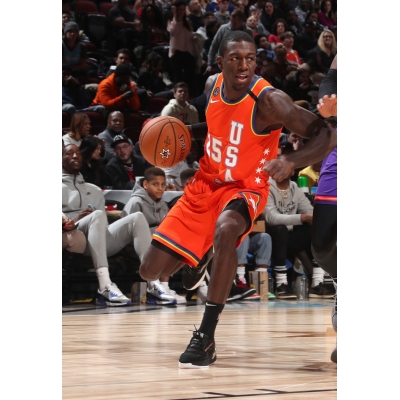 Aaron Gordon of the Orlando Magic is a rising star in the NBA. And as his reputation grows, so should the name of the little-known sneaker brand he is now wearing: 361 Degrees. more... 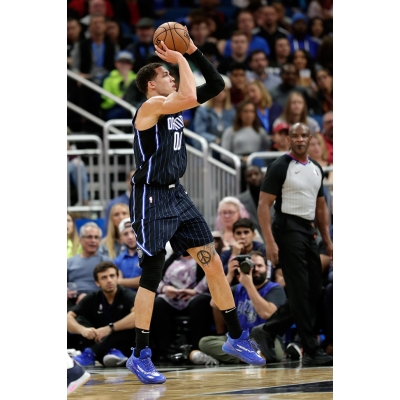